The Science behind detraining and reversibility: Part Two

In this follow up blog to our article on the science of detraining we take a long out how quickly reversibility kicks in, how we can slow or prevent this and how we can use our understanding of the energy systems to optimise training and our bodies for exercise and performance. Part one has explored how the body goes through a serious of physiological adaptations in response to periods of training and periods of detraining. We have looked at what happened in a real life of detraining or training changes, so now let’s explore what you can do as an athlete to come out of periods of enforced rest or lack of training still in great shape.

What does the research suggest?

Putting an exact time frame is almost impossible, there are so many variables. How long you have been training, age, what detraining consists of, level of current fitness amongst others. For endurance athletes the key time period appears to be 4 weeks, approaching this time frame VO2 max, one of the key aerobic performance indicators, can reduced anywhere from 6-20%. Bosquet and Mujika, 2012 investigated the effects of detraining in highly trained athletes. Their studies found that after 3-4 weeks of stopping training maximal stroke volume (how much blood the heart can pump out with each beat) reduced by 11% however this was partially offset by a 5% increase in maximal heart rate. It was also noted that oxygen uptake at the cells was reduced meaning a drop in mitochondrial density had occurred.

Beyond VO2 max testing, or maximal work, Bosquet and Mujika also investigated what happened to submaximal work within endurance athletes. The key changes here appeared to be in how the body uses fuel for work, Respiratory exchange ration (RER) increased initially (within the first 2 weeks) but then stabilised beyond that. RER effectively tells us how much oxygen is being used by the body and how much carbon dioxide is being produced through metabolism, from this we can work out what fuels are being used for work. An increase in RER suggests the body is becoming more reliant on carbohydrates or glucose than fatty acids. This again was put down to a decrease in mitochondrial density, less reliance on the Type 1 fibres within the muscle and a reduction in Lipoprotein Lipase (the enzyme used to break down Fats for fuel).

The Cardiovascular system is essentail for delivering oxygen around the body

So, in summary we lose aerobic performance very quickly in a short space of time with detraining, however, do not stress because this is where we can help you your mind at ease. The scientific measures used to monitor and predict aerobic performance (blood lactate testing, VO2 max testing, Respiratory exchange ratios) are all very important and accurate and suggest performance will be lost very quickly. Whilst this is true, we are talking about complete detraining, doing nothing for 3 or more weeks. If injury or illness strikes, we can always come up with ways to adapt and overcome this to ensure fitness losses are limit or prevented completely.

How to slow or prevent detraining

Two further studies conducted by Saunders Et Al. 2004 and Berryman Et Al. 2010 focused on the energy cost of locomotion of movement (Cr). Cr looks more at the muscular strength and VO2 response required to contract and produce work, both aforementioned studies found that Cr did not change with 4 weeks of detraining, neuromuscular qualities were maintained throughout with no decline in maximal force or power. The biggest reason for losses in the initial phase of detraining, around 4 weeks, comes from a loss of maximal cardiac output (Qmax) and utilisation of oxygen within cells. It is also important to note that these losses occur more prominently in the central working system rather than the peripheral system, so losses are not initially occurring as rapidly within the limbs or skeletal muscle.

So, to prevent detraining we must continue to provide stimulus to the cardiovascular system, and this does not have to be sports specific. For example, a runner with a lower limb injury who is not able to weight bear might be prescribed an aerobic activity that is non-weight bearing such as swimming. This will still provide enough work and stress on the respiratory system and cardiovascular system to prevent losses. Training load can be vastly reduced during rehabilitation without a decline in aerobic performance if stimulus is still being put into the body.

How to Psychologically deal with detraining

Taking time out due to injury or going through periods of enforced rest can be frustrating for an athlete. All your hard work seems like it will be lost, fitness will decline, rivals will be gaining ground on you. However, the best way to deal with injury or periods of compromised training is to search out the positives. We know we can hold onto fitness or prevent declines and if an injury is dealt with in its initial phase rest periods longer than four weeks are not commonly needed. Use your time off to work on weaknesses, mix up your training, giving different stimulus to the body has been proven to enhance physiological adaptations. When we are creating rehabilitation programmes for clients, we focus on adding strength and conditioning, proprioception and stability work. These combine with steady state aerobic exercise (often non-weight bearing) allow athletes to improve on weaknesses, maintain fitness and return to sport stronger, healthier and important with a higher resistance to injury. Athletes often find that when rehabilitation has been done properly motivation when they return to full training is at an all time high.

But what about longer-term time away from exercise?

Some athletes require a longer break from sport, be it a serious injury, lifestyle changes, loss of motivation amongst some of the most common reasons for this. This is where muscle memory comes in to help us. Losses unfortunately will occur, and in most cases with extended time away fitness will return to levels not far off an untrained athlete, but don’t despair, response times to training again will be rapid because of the muscles ability to remember how to perform at there once trained state. This happens because of the presence myonuclei within muscle fibres. In response to stimulus or work within the muscle the nuclei of the muscle (myonuclei) increase in both size and number which facilitates hypertrophy. During detraining atrophy occurs which is when muscle fibres revert to their untrained size and normalise in terms of bias towards fast twitch or slow twitch fibres. During this period the number of myonuclei within the cells does not reduce.

The increased presence of myonuclei allows muscle fibres and muscle hypertrophy to occur far more rapidly after periods of detraining. Research has shown that in previously highly trained athletes the level of myonuclei will remain for around 15 years. Of course, performance will not return to previous states immediately, muscle strength and power can be regained very quickly however for endurance athletes time will need to be invested in regaining that ability to utilise oxygen as the muscle memory factor only occurs in skeletal muscle.

Paris-Roubaix is one of the most prestigious and widely regarded as the hardest races on the professional cycling calendar. In 2016, 6 weeks prior to the great race Mat Hayman crashed and broke his arm. Through use of modified training and rehabilitation Hayman was not only able to make the start line of the 257km race but to get in the break and outsprint Tom Boonen to take the biggest victory of his career. 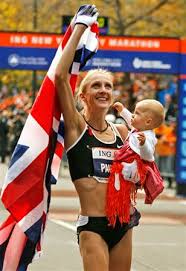 In January 2007 Paula Radcliffe gave birth to her first child, just 8 months later she came second at eh great north run, a further 2 months after that she was winning the New York marathon in a time of 2 hours and 23 minutes.

3. Tiger Woods wins the Masters after significant back surgery 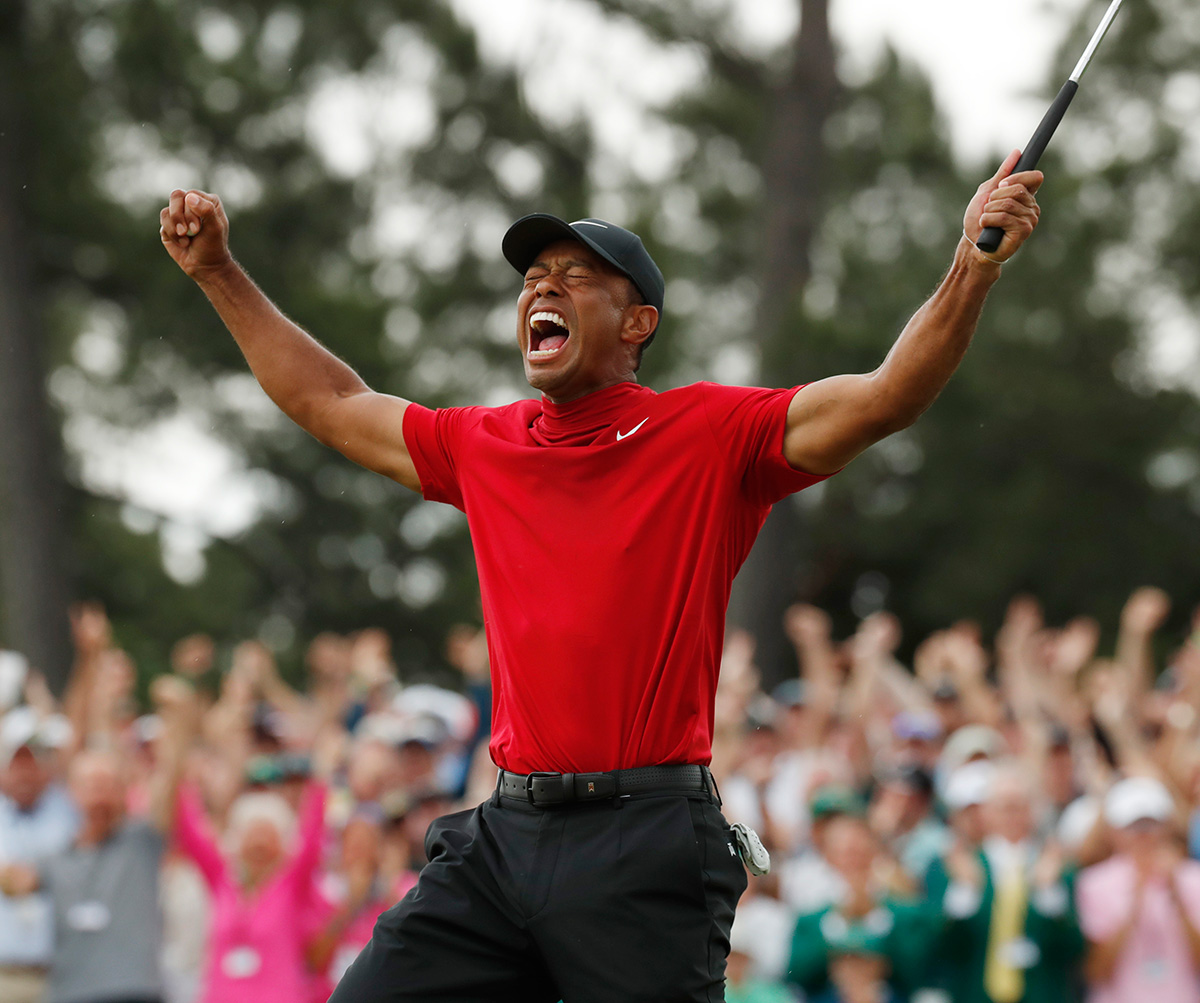 Tiger woods had been struggling with back problems for years, in 2017 he underwent his 4th major surgery fusing a vertebral disc in his lumbar spine. In 2019 he returned to the Masters (one of the most prestigious major gold tournaments) 11 years after his last major win. Aged 43, Tiger Woods rolled back the years to win his 15th major.

If you have been struggling with in jury or are going through rehab at the moment we can help. We offer detailed rehabilitation programmes that enable you to overcome injury, return to sports stronger and enable you to maintain your fitness. Get in Contact if you would like to know more.

The Science behind detraining and reversibility

Detailed Anatomy of the Knee Joint